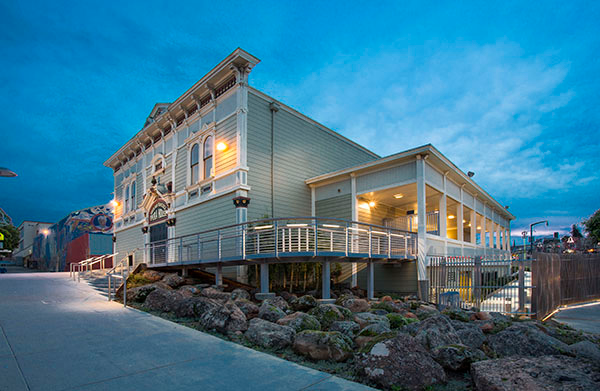 The porch facing Third Street: the setting for one-on-one "chats" with neighbors

Marginalized and ignored for decades, the Bayview neighborhood has seen more than its fair share of challenges over the years. Subject to rapid changes like the rest of San Francisco, the city decided to invest some funds to make the Ruth Williams Bayview Opera House — a performance and cultural center since the late 19th century — more accessible and relevant to community needs. The award-winning transformation of this national landmark reinforces the connection between an important symbol and a long-struggling community by restoring its vibrancy as the heart of the Bayview.

We were brought on to help with the rehabilitation and asked landscape architect Walter Hood of Hood Design Studio in Oakland to collaborate with us. As part of the process of gathering input from the public, he invited members of the community to sign up for a one-on-one chat with him—up to 30 minutes per person—on the opera house’s porch.  A few months ago, to mark the one-year anniversary of the facility’s grand reopening, I asked him about our process and our experience. 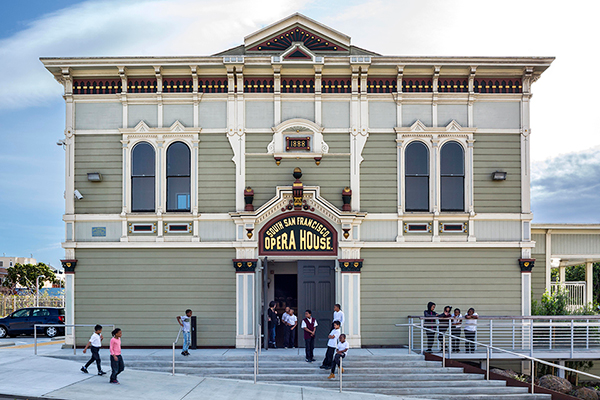 After being padlocked for years, the building welcomes the community through its historic front entrance once again

Paul Cooper: Walter, tell us about the porch chats.

Walter Hood: People would come and sit down and chat with me one-on-one on the porch. It was a place where they could share personally what they thought the place should be.

PC: How many were there?

WH: I have no idea! I think we did an all-day event that was built around some other activities.

PC: How did this idea come to you?

WH: There was a fairly contentious community meeting that gave us all pause. Some of the advocates for the project were angry. After that, we circled the wagons and wanted to do something powerful. What people were expressing was their non-use of the building. Over the years, the facility—which had amazing history, it was where people sought refuge during riots—had become a place that wasn’t really functional. It had AstroTurf, dead trees, multiple layers of renovations, and there was no connection between inside and outside.

PC: What came out during the porch chats?

WH: The accessibility issue. That was the most interesting. It wasn’t accessible in all kinds of ways. 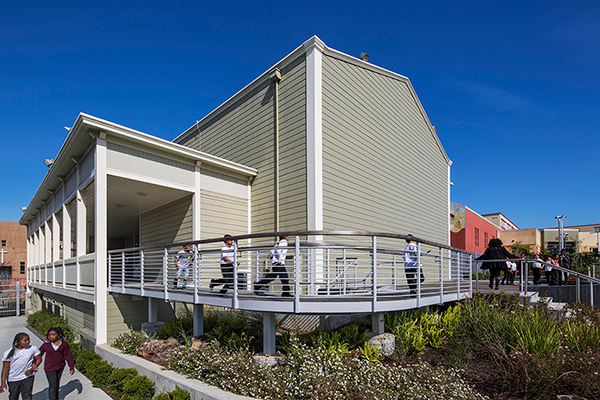 Ramps maximize access and provide connection throughout the site

PC: Do you think this format gave access to people who might have not have spoken up?

WH: It is just one of our ways of engaging communities. Large meetings are another. The porch chats were very specific to this place. At the Bayview Opera House, there was the porch, and there were other events happening inside. We could look directly at the landscape. The issues were right in front of you. People could point and ask questions.

PC: What kind of people signed up for the chats?

PC: What was your biggest concern about the project?

WH: Money. With these civic projects, we dream big, and then down comes the big value engineering hammer. But we are always asking ourselves the same questions. How can this be a really amazing experience? We bring people into the design experience, and we want to deliver. Our fear is promising something, then telling them they can’t have it.

PC: Do you have any impressions now that Bayview Opera House has been open a while? 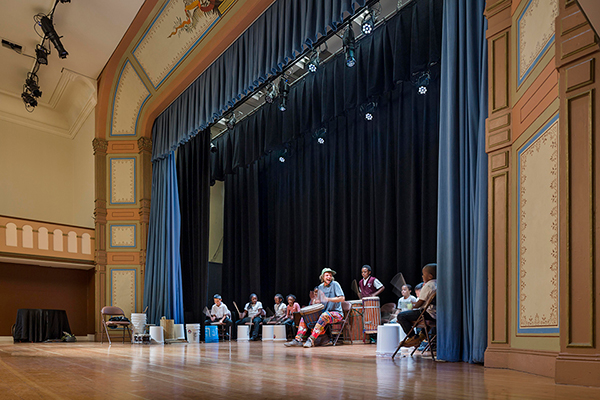 WH: I am blown away by the programming. You need at least a year or two to judge a landscape. But the kids are using the walkways and spaces. The connections with the porch was a good move.

PC: What were the most interesting stories from your meetings?

WH: It was great hearing about Ruth Williams (a Bayview resident, playwright, actor, and producer who helped lead efforts to save the Bayview Opera House) and her programs. That was an amazing and powerful legacy. I can’t think of another place that had a performing arts-focused facility with all this history that people could come back to. It was almost like a sanctuary. 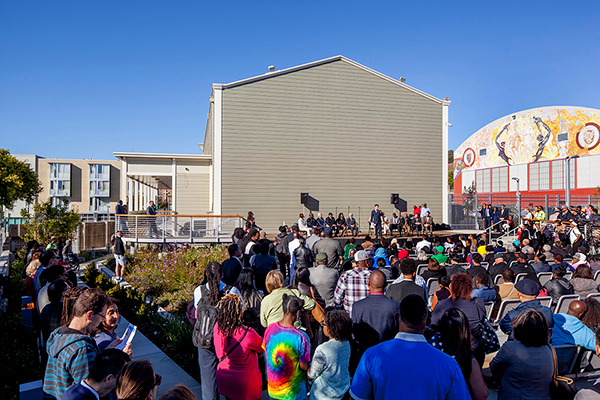 Opening day at the Opera House

Other blogs by Paul I. Cooper

Swimming & Architecture The Other Side of the Table: When the Architect Becomes the Client Small Project, Big Impact: Making Small-Scale Design Interventions to Health Care Campuses